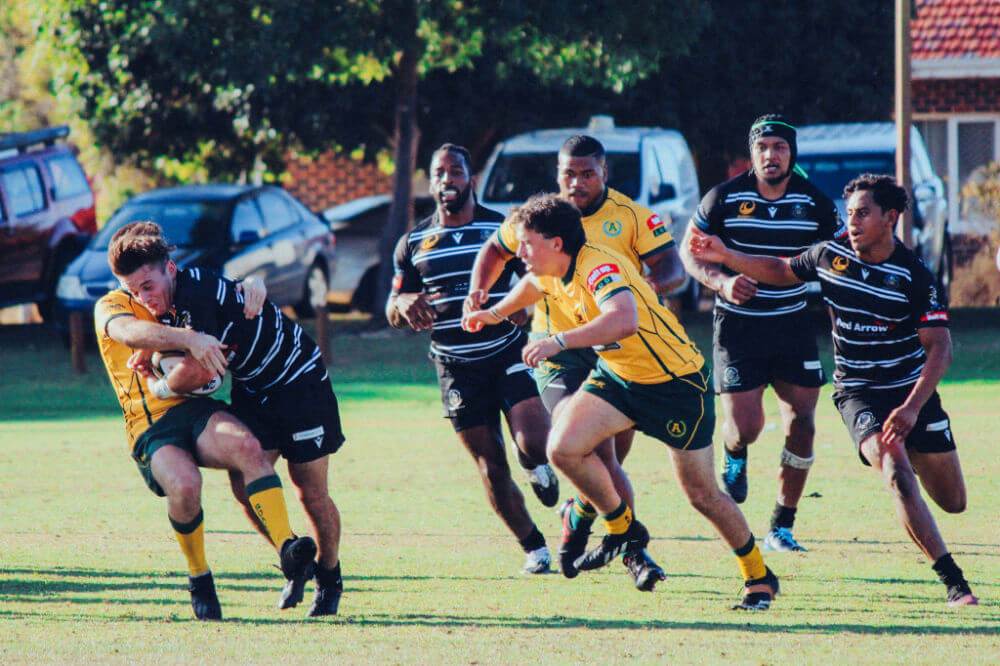 Well after a long, hard and hot pre-season it was great to finally be able to kick-off the 2022 Men’s season to ‘Soaks at home at Pat O’Hara Reserve.

We had 4 quality games on show with our Colts making a highly anticipated return to action, along with our 3rd Grade, Reserve Grade and Premier Grade sides, and whilst they didn’t get the win there was lot to like in the performance and plenty for the team to work on this week at training. They will be better for the run, and we look forward to seeing them in action again in Round 2. Perth Bayswater 22, Associates 43.

Over on Field 2 our 3rd Grade side kicked their season off in the best possible fashion, putting on a rugby masterclass and proving far too strong for ‘Soaks first-up. Whilst it may not quite make-up for the heartbreak of last season’s finals loss to the same opposition, there was a strong sense of satisfaction in comfortably reversing the ledger at the next possible opportunity. Perth Bayswater 59, Associates 5.

In the afternoon’s next game Reserve Grade lost a close one that for the bounce of the ball or a different decision here or there could have gone either way. We had the early lead, but it wasn’t our day in the end and lost the arm-wrestle Perth Bayswater 7, Associates 15. The team will be licking their wounds and doing the extra 1% this week with a view to getting on the board this week away at UWA.

The final match of the day at home saw Premier Grade far to strong running out comfortable winners Perth Bayswater 40, Associates 18. The contest was probably closer than the score line suggests, but on the flip side if not for a controversially disallowed intercept try to co-Captain Otu Mausia and a few other half chances here and there the score could have been 50+. The coaches will certainly not like us talking up our chances this early, but it was a very good first-up performance in front of a large and raucous home crowd, with strong individual performances from a number of players both new and old.

Saturday also saw our Women’s side in action for their first official Alcohol. Think Again Community Grade match at Kingsway Sports complex, playing games against both Wanneroo & Wests. Bridget and the team did themselves and the club proud in their first game. Whilst it was unfortunate that they weren’t playing at home with the rest of our Senior teams, it was great to have them back at the club in the afternoon (and into the evening…) contributing to the vibe, and helping empty out the Hec Bristow Bar… Perth Bayswater 12, Wanneroo 17 and Perth Bayswater 10, Wests 40. 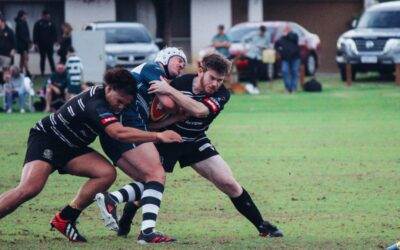 Round 9 Wrap-up            Round 9 of FMG Premiership rugby saw all our Senior teams in action at home across the Friday night and Saturday afternoon. Our women kicked-off the weekend on Friday looking for their second win of the season with a game under lights vs...

END_OF_DOCUMENT_TOKEN_TO_BE_REPLACED 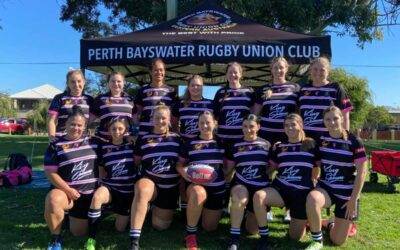 Round 8 Wrap-up            Round 8 of FMG Premiership rugby saw our Men and Women travel to Bennett Park to take on Wests. The Men’s Premier Grade clash was to be our first game for the season televised as the Match of the Round on Stan Sports, so hopes were high that...

END_OF_DOCUMENT_TOKEN_TO_BE_REPLACED 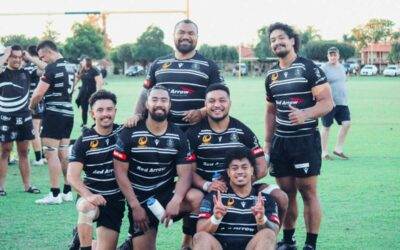 Round 7 Wrap-up            Round 7 of FMG Premiership rugby saw our Premier, Reserve, Third Grade and Colts teams all return home to Pat O’Hara Reserve after the better part of a month’s absence. Our Senior Grade sides were taking on Kalamunda, whilst Colts were...