Round 8 of FMG Premiership rugby saw our Men and Women travel to Bennett Park to take on Wests. The Men’s Premier Grade clash was to be our first game for the season televised as the Match of the Round on Stan Sports, so hopes were high that the boys would continue their good form, and put on a show for the many spectators at the ground, watching back at the Club and the Baysie faithful tuning in from far and wide.

Starting with Third Grade, Robbie Rua had a big job on his hands to pick a 15-man side from a small army of 40. The boys named to play were very keen to bring the energy as the Thirds looked to bounce back from a very disappointing draw the previous week and certainly did not want to let the boys that had to step aside watch another draw/loss in the heartland of skinny-leg-jeans and Frappuccinos at Wests Scarborough. Now the Thirds are known for starting as slow as waiting for a beer round from Tom Pannett, however from the kick off our defence was on point, and our outside backs were punching holes in the Wests line. Tyson, was in rare form, breaking through the line on multiple occasions, even Copper found himself in space for the first time in his 30-year rugby career, which ultimately led to the first meat-pie of the day scored by James. Over the next 20 minutes despite our dominance, we blew a number of chances. However, we finally managed to get our driving maul firing and Wests defence could not shut it down allowing Baysie’s finest Irish athlete Deano to crash over for the try. Unfortunately, we were a little sloppy with the Wests restart, and then a lapse in defence saw Wests break down the sideline until out of nowhere Damo put on a massive hit in cover defence to take out a Wests player 7m out from the line saving a certain try. Wests had one final chance to break the line with 1 minute to go, however a bone rattling shot by big Allan T forced a Wests knock on, ending the half on a high. The second half started slowly and seemed to struggle to find our grove or any flow to the game which invited Wests into the contest and led to two quick tries. With a few changes and some positive chat, our boys got on a roll (perhaps fuelled by last night’s espresso martini’s?). Well, whatever it was it worked, and Simba broke through West’s defence, charging 40m down field. With the resulting front-foot ball Lance found his little legs pumping past 6 defenders and carrying 2 over the try line to give us a comfortable lead. The last quarter of the game was backwards and forwards between both teams with no one able to breakthrough, and that’s where things finished. Final score Perth Bayswater 20, Wests Scarborough 10. The win was made that much sweeter with Kelea emerging out of the sideline shadows to lead to the boys in the team song!

Unfortunately, the news was not as positive in Reserve Grade and despite some improved performances (if not results) in recent weeks it was another tough day at the office at the ‘Pig Pen’ on Saturday. Player availability and significant changes to the line-up each week is continuing to hurt us and is impacting our ability to build combinations. A late Wayne Thompson try avoided the dreaded doughnut, but did little to add much respectability to the scoreboard, with the final score line reading Perth Bayswater 7, Wests Scarborough 38.

Things then did not get much better for the club in the afternoon’s Premier Grade main event. Despite a promising first 10 minutes punctuated by physical defence from both sides, an Otu Mausia penalty attempt from our own half which smacked into the cross bar and a successful attempt a few minutes later, the team seemed to struggle to get out of first gear for the rest of the half. Some uncharacteristic poor defending led to the break and then ultimately the try to open Wests ledger and it was poor defending again, this time around the breakdown close to the line, that allowed towering lock (and recent Junior Wallabies selection) Conor Seve to pick and go for their second try. There was not a lot going right for us at this time, with our scrum under pressure, our lineout not functioning and our kick-off reception poor for the second week in a row. When we did have an opportunity to work back into the contest, on attack in the Wests 22m with a 3 on 1 overlap, our pass found their winger Jonah Placid rushing up to shut down the opportunity rather than our man and the space outside, and he managed to scoot 60m down field before linking with Kainoa Gudgeon via a beautifully executed flick pass to jot it down under the posts. The first half route was not quite complete, with Kainoa again able to exploit some lazy defending one pass off the ruck to run it in from 40m out. The half time score was Perth Bayswater 3, Wests Scarborough 26, and the most frustrating aspect of that scoreline was that Wests really had not had to play any rugby to get there, we had handed it to them through poor execution of basic skills that to date this year we have been rock solid on. At 26-3 down and running into a strong breeze, the smart money may have been on Wests to really run away with the game and rack-up a bit of a cricket score. However, in what is becoming a trait of this side our boys found the resolve to stay in the contest and work themselves back into the game. From an execution perspective (certainly at lineout time) we did not get a whole lot better, but the desire to compete and pride in the jersey was certainly on display, punctuated by Nuku Pauta, relentlessly charging into the line as if he were picking up and carrying the whole club forward with him and willing our boys forward. Finally, the dam wall burst and after some consistent pressure close to the line via pick an go and our forwards trying to muscle over the line, Otu called for the ball and shifted it wide through Tavish and onto replacement wing Victor who crossed out wide for our first try.  We managed to cross for another two late tries (to Matthew Faoagali and Iona Villi), however there was to be no famous comeback this week – we left ourselves with too much to do to late in the game. The final score Perth Bayswater 20, Wests Scarborough 31.

The Good? Our boys showed tremendous resolve and passion for the jersey to never give up and work back from 26-3 down to finish the game 20-31, away from home, running into the wind.

The Bad? Our scrum was under more pressure than it has been all season, and our kick-off reception was also not great. It appears there is plenty to work on around our set piece this week at training. We also missed tackles on Saturday that we just usually do not miss, and unfortunately, they made us pay each time.

The Ugly? Our lineout with completely dysfunctional. The wind played a bit of havoc with throwing, however there were some really bad misses. The calls seemed out of sync, and we closed out the game out having replaced our replacement Hooker. Hopefully, the week of gives us the time to get the lineout issues ironed out prior to the next round at home to Wanneroo.

Now rather than leaving on a sour note, we have saved the best for last… It brings me such joy to report to you that our Perth Bayswater women’s 10-aside have opened their account with their very first (and well deserved) win!! The team joined our Men’s teams in taking on Wests Scarborough at Bennett Park. The game again highlighted the massive improvement the team have made this season. Strength, communication, and structure, with a positive attitude shown throughout the whole day. The game started with the Baysie ladies down in the first quarter 12-0, the ladies put their best foot forward and powered through the second quarter, crossing for two tries. Our ladies seemed to gain in confidence the longer the game progressed, and started to really execute our game plan, putting strong runners through holes gaining metres and quick front-foot ball. Anahera Te Rahui, was immense, running massive metres and scoring 3 tries, as well as putting on some strong hits in defence. Jaymee Park, was also a standout gaining metres often, with her massive line breaks and scoring numerous tries, as was Jess Yaksich securing a try from a spectacular piece of individual skill and power.

The ladies were thrilled to be greeted with the many familiar faces of Perth Bayswater Rugby Union Club faithful, who cheered us on to the very last minute and helping us to secure the win with a final score of 39-12. We thank our coaches, supporters, and players, for the continuing support and effort put into the club. We also thank Wests Scarborough for hosting and putting on such a good game! Baysie Hard!! 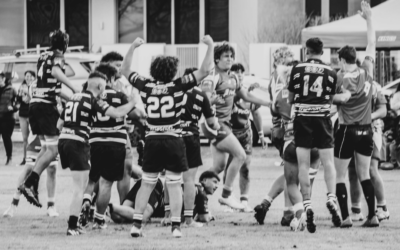 Coming off an agonising 1-point loss against the ladder leading UWA at home last week, Our Premier Grade side have another chance at home this week against an in-form Wests Scarborough team, who are looking revitalised after scraping into the Top 6 in Round 13 with a...

END_OF_DOCUMENT_TOKEN_TO_BE_REPLACED 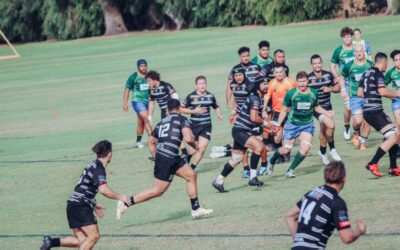 Round 15 Wrap-up         Round 14 of the Premiership rugby saw our boys earn a hard-fought win against Nedlands down at the Foreshore. It was however a win that came at great cost, with a serious knee injury sustained by Reesjan Pasitoa late in the closing stages of...

END_OF_DOCUMENT_TOKEN_TO_BE_REPLACED 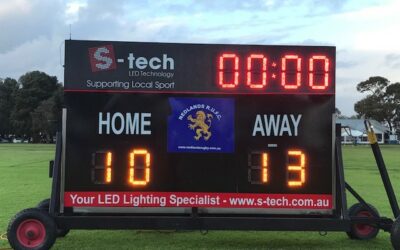 We have hit the split, with Round 14 of the Premiership rugby seeing our boys starting to duke it out with the other Top 6 heavyweights. Our first assignment? A trip back to the scene of one of our most satisfying wins this season (of which there have been a few...